Rent a work of art of the Jeffrey Wandley artist the time you want!

Jeffrey Wandley was born in Singapore and grew up with a love for learning, drawing, music and the outdoors. He spent his childhood years at the family home in Kampong Eunos, Singapore. In 1980, at the age of 16 he became Merit recipient at the Singapore Tourism Board’s Saces Sculptor Competition.

As a top Malay tertiary student, Jeffrey received the MENDAKI Excellence Award (1993) and the Architecture Angullia Scholarship (1987-89, 1991-92). Although he built a career as an architect and project manager, his love for the arts never waned.

Jeffrey started painting seriously in 2008, and has since exhibited in Singapore, Malaysia, Indonesia, Hong Kong and Korea. He is known for his works on heritage landmarks, and paints in his own distinctive style of intuitive and fluid strokes. 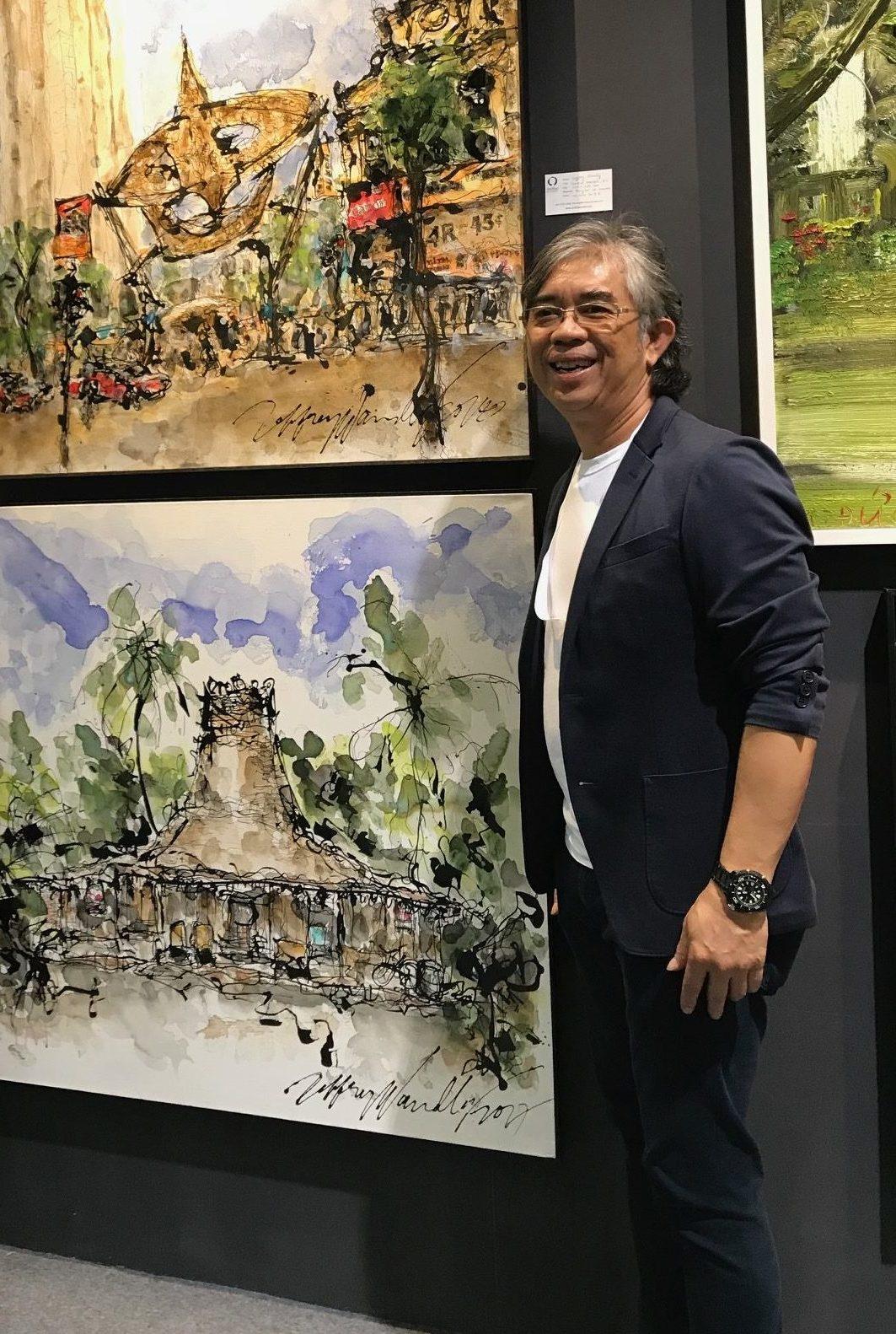 Buy a work of art of the Jeffrey Wandley – Art Luxembourg !